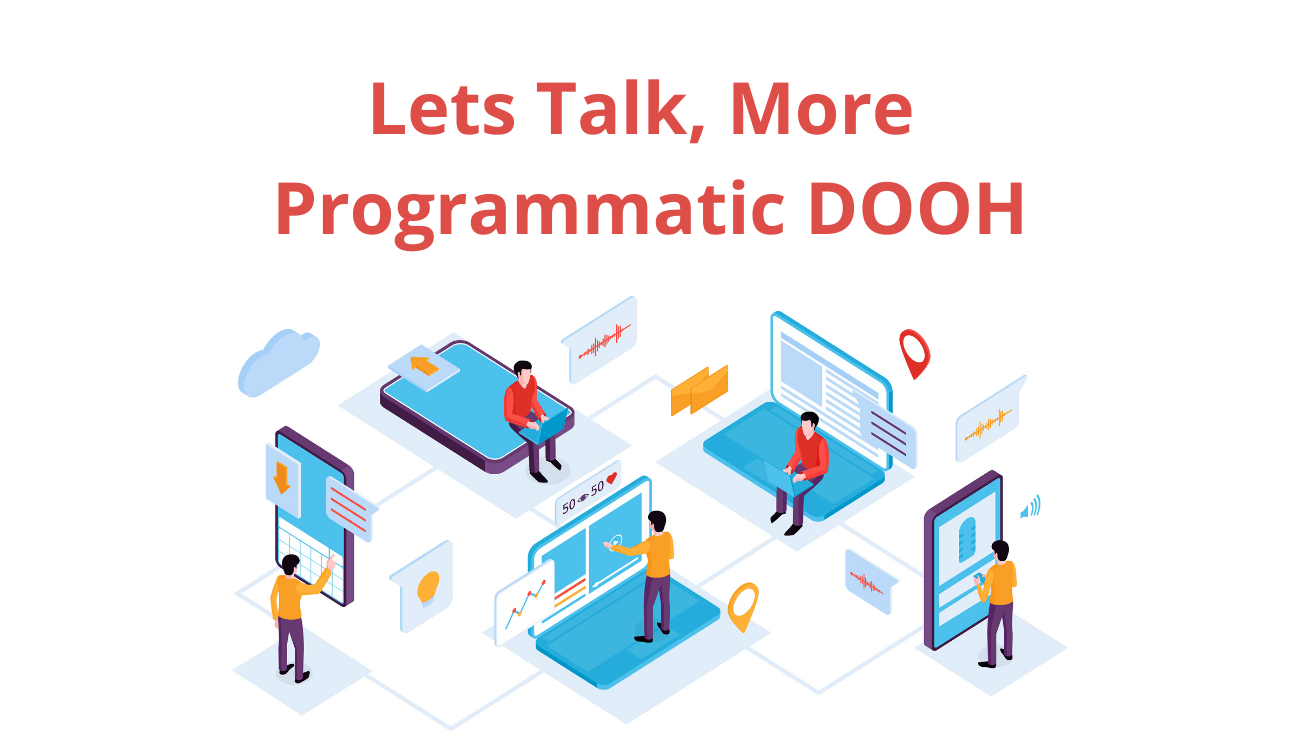 Outdoor advertising is undergoing a bit of a facelift, and it has to do with programmatic technology development entering its market. Innovation, effectiveness, and efficiency are just a few qualities that programmatic has to offer both advertisers and consumers receiving the messages. Digital out-of-home or DOOH is the type of outdoor advertising that is most impressionable and available for programmatic to enter its foundation because of the options and customizations that a digital form presents.

In this briefing, we will nail down exactly what programmatic outdoor advertising is and the ways in which it differs from regular OOH.

What is Programmatic DOOH?

When we discuss programmatic advertising, we are referring to the tech and data that is involved in planning, trading, and delivering an advertisement. We are not necessarily honing in on the advertising channel, but the process of creating a useful digital experience for everyone targeted. Programmatic advertising is the automation of buying and selling digital media. Advertisers use programmatic technology to more efficiently buy or bid on digital ad inventory, with less (and sometimes no) direct communication with people. It reduces much of the manual back and forth that comes with the middle steps of buying and selling, including IOs.

What Will Happen To Static, Traditional OOH?

As programmatic makes its way into the outdoor advertising market, some may wonder what might happen to traditional out-of-home billboards and advertisements that for so long stood their ground and had something to say. Due to the ever-increasing world of digitization and tech success, most campaigns are taking more of a pixelated, global route. However, static posters and traditional OOH are not dead yet. A great deal of capital investment is behind DOOH and programmatic setup so some static OOH campaigns do not have the budget to move onto a digital sphere. Also, some static advertisements just work on one board as opposed to multiple digital screens.

Another reason why static, traditional OOH is not moving out of the advertising channel house is due to site limitations. This has to do with low network connectivity or lack of power sources near-certain advertising locations, all of which would be needed for digital screens to function. DOOH advertising may not be fitting for every location. Some locations that are perfect for and willing to put up static advertisements may have second thoughts or restrictions about DOOH. On top of that, some static advertisements rely on the effect of 3D images and creative touches that use the billboard as a canvas for the campaign. The same effect would not be as clear to see if the campaign moved to a digital frame.